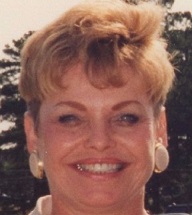 Susan P. Borresen, of Fayetteville passed away peacefully on Monday, July 17, 2017. She was born at Fort Belvoir, Virginia on March 1, 1951 to Michael and Truman Purtle. Susan was a graduate of Columbus High School in Columbus, Georgia and earned a bachelor's degree from The University of Georgia. She married David F. Borresen, Sr. in 1972 at Fort Benning, Georgia.

Susan's life was spent as a hardworking Army wife and mother, school teacher, business professional, student, and public servant. At the time of her death, Susan was a Deputy Clerk of Court for Cumberland County where she served as the Jury Coordinator. Anyone who has reported for Jury duty in the last 13 years will remember the professionalism, dedication, patience and humor with which she served the people of Cumberland County. In addition to her duties as the Jury Coordinator, Susan worked in the SafeLink office of the courthouse.

Susan was a member of Snyder Memorial Baptist Church where she enjoyed volunteering and sharing devotions at Heritage Place Assisted Living Facility during weekly visits.
Susan is survived by her son and daughter-in-law, David and Chelle Borresen, Jr. of Fayetteville, and her daughter and son-in-law, Rebecca and Juddson Floris, of Brooklyn, New York; her four grandchildren, Lainey and Fields Borresen and Callum and Max Floris; her sisters and brother-in-law Nancy Wagner of Fayetteville, Judy and Thomas Hucks of North Myrtle Beach, South Carolina; and many nieces and nephews.

The family will receive visitors at Jernigan-Warren Funeral Home on Thursday, July 20, 2017 from 5 to 7 PM. Funeral services will be held at Snyder Memorial Baptist Church on Friday, July 21, 2017 at 1 PM in the main sanctuary. A burial service at Arlington National Cemetery will be held at a later date.

In lieu of flowers, memorials may be sent to The Community Outreach Ministry of Snyder Memorial Baptist Church, 701 Westmont Dr., Fayetteville, NC 28305, www.snydermbc.com.